It’s been a while since the last update but GREAT news: the #3WTotal list is finally DROPPING.

Since the last update (November 2014):
•Unfortunately, a couple of new names have still been added to the list. But!
•Some people are removing their name from the list.

What!?
Here is an excerpt from an email I received this morning, from the Department of Labor:

“A conference was held at this office last week in regards to claims filed….a preliminary resolution was reached between all parties. We are currently unable to share the specifics of the pending resolution with you due to privacy concerns.”

Now what?
If you are a 3rd Ward instructor and you are still owed money from your 3rd Ward days, email me for the above-quoted contact from the Department of Labor.

The new total: I hope that lots of settlements are occurring with EVERYONE, members, students, and instructors, on any and all fronts. This is what you deserve!

I began tracking this total because I wanted to give visibility to every person who felt that 3rd Ward walked out on them financially. Not every person sought to collect or get their money back, and adding your number to this list was never meant to suggest anyone on it would be actively pursuing a claim. But.

Did you get paid?
I hope the now-lower total means that this visibility is making a difference, and now the project and the number must evolve. Unfortunately, settlements are often private, and I don’t want to get it wrong. So for today I will say the total is going down and will update the number once I hear back from you on this:

To anyone–members, students, instructors—who made some effort to collect—if you do not believe your name should be in the total anymore, just let me know to remove your name, no questions asked about why.

Summer
I am considering hosting an informal gathering for anyone who wants to talk about this project. Is that you? If you have any interest, let me know.

In the meantime, please keep sharing this project with people you know who might have a story or experience to share. I am continuing to research and follow interrelated stories and will keep you updated.

What’s the total?
To date, I have received information about outstanding memberships, course fees and instructor invoices of: $70,573. This is only an estimate.

What’s the backstory on this number?

After 7 years, 3rd Ward ceased operations in Brooklyn on October 8, 2013, without warning instructors, members or students. (The new Philly location also closed around this time.)

Instructors received an email the next day directing them to contact Nick Alexander, the company’s CFO, with any questions about their invoices.

To date, 51 teachers who worked in 2 states have reported outstanding invoices to #3WTotal adding up to $49,447.

The number of teachers who reported receiving a response of any kind from CFO Nick Alexander: 0.

At least two instructors filed claims with the Department of Labor in New York, but no significant action has been taken on their claims.

At least one instructor filed a lawsuit in small-claims court and eventually settled with Jason Goodman out of court. Jason pushed the instructor to sign a confidentiality agreement but the instructor, luckily, did not sign.

3rd Ward began a crowdsourced investment campaign through Fundrise.com on September 26, 2013, and accredited investors pledged $375,000 of investment capital before the campaign was cancelled around October 9, 2013. 3rd Ward reportedly needed a minimum of $1.5 million just to keep the doors open.

The investors and directors of the company at this time included not just founder and CEO Jason Goodman but high-profile venture capitalists, sophisticated real estate developers, tech entrepreneurs and billionaire Tony Hsieh (of Las Vegas’ Downtown Project, Zappos.com and many, many other projects).

Despite having an experienced CFO on staff, an education director with a corporate-finance background and access to guidance from a host of sophisticated investors, Jason Goodman told the Village Voice that he believed until the very end the company could be saved and that closing the doors was a decision made only at the  last possible minute. (Even though the company was in so much debt that $375,000 could not keep the lights on long enough to pay, say, the instructors.)

It’s hard to believe Jason actually believed at anytime in October 2013 that his company could be saved, given the fact that in September 2013, he was already thinking ahead…

While the fundraising campaign was ongoing and Jason Goodman claims he had no idea his company was about to close and leave many people unpaid and in limbo over refunds, workspaces and memberships, he quietly transferred his one substantial asset to his partner, Frida Kamau.

The couple currently rents three cabins in Montauk for up to $350 per night on Airbnb.

The January 2013 purchase price Jason Goodman paid for the Montauk property: $705,628. The September 2013 price at which Jason transferred the same property to his partner: $0.

The unpaid total debts reported by teachers, vendors, students and members to date: $70,573.

In March 2014, sometime after negotiations ended with at least one other potential buyer, multiple sources report that Jason Goodman moved the company’s equipment offsite and sold it himself, in cash-only deals for which he received thousands of dollars.

“If no savior comes forward, 3rd Ward’s assets—the woodworking tools, the sewing machines, the computers—will be liquidated, and Goodman says creditors, including former students, teachers, and members, will be reimbursed. The organization’s biggest creditor, according to Goodman, is a bank.”—The Village Voice, October 14, 2013.

Of the money raised from the equipment sales, the total amount instructors, members and students have reported receiving to date: $0.

#3WTotal is an ongoing research project gathering information on former “maker-education space” 3rd Ward and the debts it owes to teachers, members, students and vendors of 3rd Ward in Brooklyn and Philadelphia. If you would like to share your 3rd Ward story or experience, send an email to: writing@robingrearson.com.

Party! See You at The Brooklyn Brewery

I was a writing instructor with 3rd Ward until May 2013. When it closed without warning, I wanted to do something, so I am setting up a (free!) event for people to talk about what they’re doing next. Through the generosity of The Brooklyn Brewery team, this idea-focused gathering is scheduled for 7:30 – 9:30 PM on Wednesday, October 23 in the brewery’s Tasting Room.

This will be the first opportunity to assemble, and I hope to create something fun and valuable. I’m writing to ask for input as I set up the event. Please share this note so anyone who wants to can contact me to participate or help. Event details and an invite and other specifics will be available as soon as I compile the information you send me. Here’s where we are so far:

**I will be introducing and identifying some amazing people who offer classes, co-working spaces and other resources in the area throughout the event. If you or your business wants to be part of this, show up or contact me for specifics.

**Really, the idea is to simply connect. So there will be lots of time for that, too.

Do you want to help?
I am seeking a (licensed!) door person and a couple of volunteers to help. Photographers, videographers, or writers who want to help broadcast or document the event, please let me know.

Questions/disclaimer:
I have no affiliation with 3rd Ward or its business affairs. If you want to write to me about your frustrations anyway, send me a note. I probably can’t help, but maybe you will feel better.

Please add me to whatever social network makes sense for you, if we’re not already connected.

I wrote a quick post for Hyperallergic about a great panel discussion held last week at 3rd Ward as part of Krista Saunders’ Intro to the New York Art World class. Check it out, and get in touch with me if you want to get to work on your own professional communications. 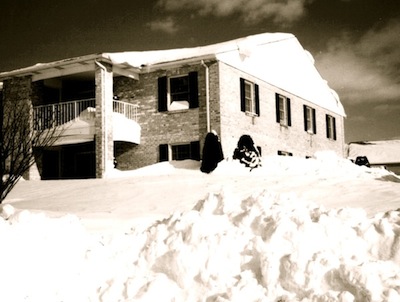 I hope your new year is starting out strong! Here’s some news on classes I’m teaching and events where I’m reading this month:

NEW WRITING WORKSHOPS AT 3RD WARD
RÉSUMÉ WRITING WORKSHOP: Tighten, rewrite, edit, and update your résumé. Take advantage of the small-group setting to exchange job-search strategies and get feedback on your résumé from others. Three-hour workshop.   Sunday, January 20, 1:30-4:30 PM.

WHO ARE YOU? is a one-night, three-hour workshop designed to help students learn to write strong, compelling mission statements, bios, and “About Me” website content. Inspired by the longer “Learn to Love Your Artist Statement” workshop, this shorter session helps freelancers, entrepreneurs, bloggers and others who don’t know how to tell the story that will interest their audience. (*Note: this workshop is almost sold out). Tuesday, January 15, 7-10 PM.

From a recent student of the LEARN TO LOVE YOUR ARTIST STATEMENT workshop: “I have never ever been happy with an artist statement before so it is a really big deal for me, and I am very excited.” This three-week, 9-hour workshop was created for artists who struggle with the challenge of writing original, effective artist statements. Mondays, January 14, 21 and 28, 7-10 PM.
You can sign up or learn more at 3rd Ward.com.

MORE…
I came across the photo above while doing research for a project I’m writing about my grandmother. This was how her ground-floor condo in Macungie, PA, looked after the blizzard of ’96.

Thank you for your support, best wishes for a great 2013.